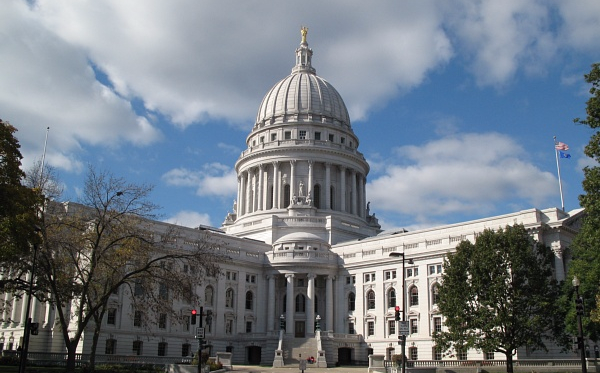 WHY SHOULD STATE LEGISLATORS GET FULL PENSIONS FOR PART-TIME WORK??

Years of "creditable service" is a major component of the Wisconsin Retirement System.

Legislators, however, get 1 year of creditable service for every year they are in office no matter how many hours they work.  That's right.  There is a state statute -- Wis. Stat. § 40.02(17)(a) -- that gives legislators this preferential pension treatment.

Legislators don't have to record or report how many hours they work.

But are legislators working less than full-time?  Yes, many of them are ... keep reading.

According to a recent report published by the Wisconsin Legislative Reference Bureau, only 56 of the 132 Wisconsin state legislators self-report their occupation as a full-time legislator. The primary occupations of legislators include:

Should legislators working as attorneys, accountants, realtors and business owners get a full pension from the state?  Do you get this type of bloated pension benefit?

Legislators Have Publicly Stated Their Elected Position Is, Or Should Be, Part-time

"I will always first and foremost be a husband, father, and businessman.  But as a citizen legislator, I feel compelled to seek the honor of representing the citizens of the 20th Senate District."

"'It really is a part-time job,' said Sheldon Wasserman, who served 14 years in the state Legislature.

During that time, Wasserman also maintained a full-time medical practice in Milwaukee.

'It's a joke,' he said. 'It's an embarrassment for our state. It costs our taxpayers money.'"

Some say role of state legislator is part-time job with full-time benefits, as reported by WISN 12, April 21, 2014,
http://www.wisn.com/article/some-say-role-of-state-legislator-is-part-time-job-with-full-time-benefits/6321022

Since the new Legislature took office Jan. 7, he said, the Assembly has been in session three days.

That includes the day they were sworn in and another day they spent debating new rules governing the chamber's procedures.

Young is proposing a constitutional amendment that would make the Wisconsin Legislature a part-time body that meets only during the first three months of the year."

​While still in office, Representative John Klenke's business website stated he "splits residency between Wisconsin and Alabama with his wife and three children and enjoys outdoor activities including boating and golf.”